If you've ever wondered why Croatia is one of the most popular sailing destinations in the world, the answer is actually very simple. What kind of sailor wouldn't enjoy exploring over 2 000 km of coastline with over 1 000 islands, including the sunniest place in entire Europe?

As you can imagine, there are too many islands in Croatia to fit them into one blog post, so we're creating a series! To start with, we are bringing you the islands of Northern Dalmatia, the true sailor's paradise!

Pag is an island full of mythical olive groves, rich in sea salt, famous for its lace, cheese a world-renowned delicacy, sheep's milk, olive oil and what more do you need? Perhaps this: a part of Pag with its specific relief resembles the surface of the moon.

Moving along to the middle-Adriatic islands like Olib, Silba, Premuda, Vir, Dugi Otok and Pašman, you notice immediately that you have left the everyday problems and bounds of society far behind you. In front of you lies the untouched nature. These islands will bewitch you, energize you and enrich you. They will become your dream, the kind you dream with your eyes wide open.

Silba is an island of ship owners and captains and old captain's houses, as well as a harbour protected from the gushes of wind. It’s an island of fishermen and navigators and is well known to sailors as a safe haven from the storm. Situated west from Zadar, Silba is called the Gate of Dalmatia. If you’re looking for a vacation from the busy city streets, then here you will enjoy in the peace and silence. Why you may ask? Because the only person who is allowed to drive a motor vehicle on this island is the postman!

The island Ugljan is the 'suburban area' and a garden that lies in front of Zadar and it got its name because of its richness in oil. There are in fact more than 100.000 olive trees on this island.

The nearby Pašman island 'grew into' Ugljan. They are actually twins, only Pašman is a bit more peaceful. They are equally beautiful and covered with silvery green olive groves. These two pearls can be seen from the coastal town of Biograd, the geographical centre of the Adriatic.

Iž is an island situated between Ugljan and Dugi Otok. It is just as famous for what it does and doesn't have. It has rich Mediterranean vegetation and it doesn't have any cars.

Dugi Otok offers rest in preserved nature of an area of 114 square kilometres. There are fishermen there, farmers, beautiful secluded beaches and tourist facilities. The bay of Telaščica is located there, which is the biggest natural harbour of all the Adriatic islands, a nature park and a mouflon habitat.

According to the legend, Kornati labyrinth of sea passages and islands was created from the many rock cliffs that God had left after he had finished making the World. He threw them into the sea, turned around and concluded that no other interventions were necessary. There are many fishermen’s villages which are only periodically inhabited on the islands and because they are rich in fish they are often the destination of sport fishermen. The Kornati are especially interesting for sailors and that’s why there are two nautical enters there: Žut and Piškera.

"The Gods wanted to crown their work, so on the last day, from their tears, the stars and their breath they created the Kornati.  "

Kornati archipelago is perfect for sailors who want to enjoy the amazing vistas! And it’s easily accessible from Biograd, the geographical centre of Croatian coast!

Among the islands, another picturesque one is Murter, which has an area of 18 square kilometres. It is connected to the mainland by a bridge, spanning a channel only 12 metres wide. This is an island of fishermen, olive growers and shipbuilders with the towns: Tisno, Murter, Betina and Jezera.

The island Prvić near the tourist pearl Vodice, it's an oasis of Mediterranean flora and fauna and has two adorable little towns: Prvić Luka and Šepurine of which the first one has a well-protected harbour.

The island Zlarin is southwest of Šibenik. In the 15th century, it was famous for coral and sponge harvesting and there is a museum that exhibits this.

West of Zlarin is the island of Obonjan, known as the Island of Youth. Not far is the island Kaprije, which got its name from the Mediterranean plant caper, whose buds serve as a spice. Many yachts visit Kaprije due to its many coves and beautiful beaches. 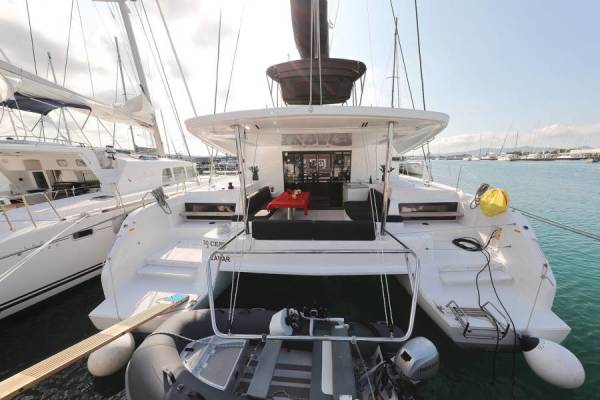